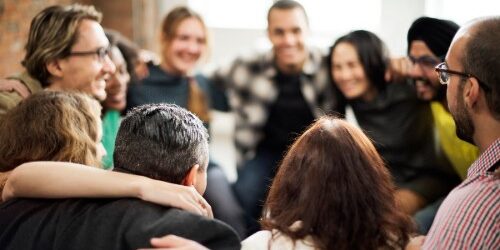 Be deliberate about increasing diversity

Unless you’ve been in a cave lately you have noticed the media making noise about diversity in the workplace. Some high profile companies have landed in hot water over a reported lack of diversity and even harassment. I truly don’t believe that most startup companies intend to lack diversity – but when I look around the startup community – we lack diversity. Is this because as a community we intend to “keep certain people out?” Heck no! But when you are an early stage founder it’s REALLY HARD to find people who believe in you and are willing to take a chance on your vision. Right?

Here’s the scenario: You’ve been crawling your way through the startup phase and have managed to get some good talent on board. You’ve finally closed on some initial funding which will allow you to make some strategic hires and begin to drive revenue. You look around the office at the core team you’ve built and they are all “white guys in their early/mid career.” How did this happen? You intended to NOT let your company be a bunch of “white guys,” but you hired the best people you could find with limited funds and resources. Not the end of the world – let’s talk about how to begin to diversify your team.

Metrics that are measured improve, simply by placing purpose and intent upon them. If you want to hire more women and minorities then be purposeful about how you recruit, screen, interview and hire. Find a reason TO hire these non-traditional cultures rather than finding a reason NOT TO hire them.

2. Identify 3 non-traditional roles where you would like to hire women and/or minority professionals

It’s easy to hire men into positions that require manual labor or into traditionally male dominated roles such as engineering. It’s also easy to hire women into administrative and support roles. This isn’t diversity. Diversity and changes in thinking happen when you blend cultures and gender on the same team. Seek out areas where you are lacking diverse thinking and fill in the gaps—watch great things happen!

3. Target these groups specifically in your recruiting effort

Maybe this means websites in multiple languages. Maybe it means having some women read your web content and grade it for appropriateness. We all alienate groups based on lack of knowledge or subconscious bias. I don’t believe that there is ill intent happening in most cases, rather ill-information. Try the Hispanic Chamber, the Black Chamber or the Women’s Chamber. Those are easy ones. Facebook is getting into the jobs domain and there are a bunch of groups that exist for your sourcing pleasure.

4. Look for reasons TO hire a diversity candidate

Use an interview process that will accommodate everyone. Don’t Gang Interview! Women, and some cultures, are much better in one-on-one communication rather than in team interviews. Please don’t expect a woman candidate in a room full of “white guys” to show their best. Technical evaluations can be done in the form of a pair programming exercise or technical interchange – it doesn’t have to be a whiteboard discussion or timed evaluation. Ask for code samples and a discussion instead of a 50 question online test.

5. Pay them as much as you possibly can!

Don’t even THINK of offering a woman or person of color less money, just because they say, “I only need to make…..$$.” Diversity candidates are more likely to under-value themselves than their male counterparts. That’s not an excuse. Offer her a market salary and see how much loyalty you’ll buy in return!

Once you’ve successfully hired from one of your target markets ask that new hire for their help in leveling up your diversity program. Why did she join the team? What words of wisdom does she have for others who will follow in her footsteps?

Diversity doesn’t have to be hard. Hiring with intent and measuring the results will set you up for a solid foundation and better teams to come! For more ideas on hiring for success, visit us here!

Kimberly Lucas is the Founder and Chief People Connector at Goldstone Partners, Inc., a Colorado-based search and talent advisory firm specializing in recruitment strategy and engaged search for privately-held companies. As a seasoned entrepreneur and career coach, Kimberly is committed to helping founders build strong, profitable companies that stand the test of time. As a Certified StrengthsFinder coach she works with individuals and teams to help them achieve their stated objectives. Kimberly is an active mentor for MBA students at the University of Colorado’s Leeds School of Business, serves on the board of the Rockies Venture Club, is a founding member of RVC Women and facilitates a Thinking Partner Mastermind group.

Pre-hire due diligence: Five tips for getting the most out of references
June 1, 2022

How to position your startup against the big logo companies to land talent
September 2, 2021

I’m losing great candidates! What is happening with the job market?
April 7, 2021

Take advantage of remote working to amp up your organization’s diversity
February 4, 2021
Go to Top